This complex intaglio print is one of several masterful Vollard Suite prints which have been variably termed as “Couple Making Love” by Geiser and Baer, “Le Viol” (“The Rape”) by Bloch, and “The Battle of Love” by Bolliger.

The key to interpreting this sub-series is provided by Lisa Florman in her wonderful book, Myth and Metamorphosis: Picasso’s Classical Prints of the 1930’s, in the form of many insights about the interconnectedness of the various plates of the Vollard Suite, which she likens to “the intricate mesh of a spider’s web”. Regarding this subgroup of prints, she writes:

At first glance, those plates [of the “Battle of Love”] would seem to have nothing in common with the “Sculptor’s Studio.” Each of the five “Battle” images depicts a couple in the throes of sexual passion: bodies entangled, mouths open—in all, a far cry from the visible quiescence of the “Studio” scenes. But this difference between the two series is not merely difference; it is direct opposition, and it operates on a number of levels. Whereas figures in the “Sculptor’s Studio” are characterized by a certain air of detachment, those in the “Battle of Love” seem anything but detached. By the same token, where vision dominates relations within the “Studio”, the “Lovers” are pressed too close for sight; they shut their eyes tightly or stare without seeing. Although these features are plainly there in the prints, they are brought to the fore only through a comparison of the two series. Those series are, in effect, polar complements, mutually defining each other in their opposition. Confirmation is to be had from plate 28…[Le Viol sous la Fenetre, Bloch 183], the earliest of the Suite’s five “Battle” scenes. In the upper left-hand corner of that image, a window sill and vase of flowers—much as appear throughout the “Studio” series…—are clearly visible. Their inclusion in this plate links the “Battle” with the sculptor’s studio, and thus its frenzied lovers with the studio’s own, more subdued occupants.

As Florman suggests, it is unlikely that Picasso intended to portray the model as an unwilling accomplice to the embrace. For Picasso, the natural progression of sculptor and model from the studio to the bedroom seems much closer to what he must have had in mind. 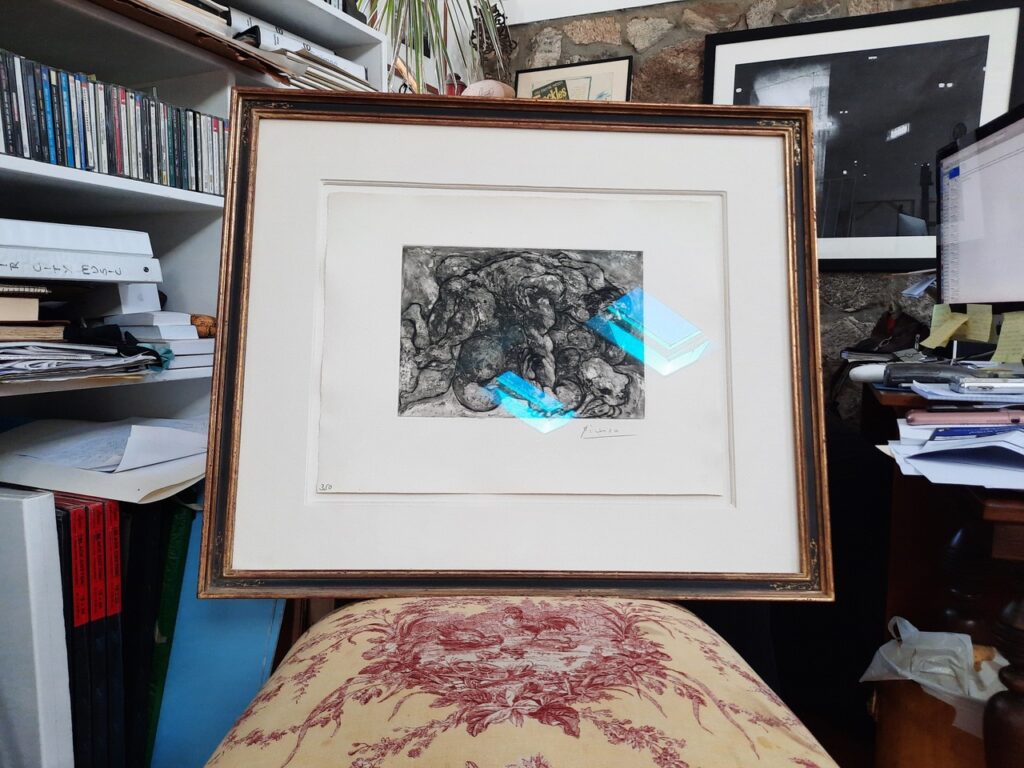