I love Peter Schjeldahl, The New Yorker’s art critic—he has such a good way with words. It’s the substance of his essays I have a problem with. I first lost faith in him as a Picasso critic in his review of the MOMA’s Matisse-Picasso show, when he eenie-meenie-mynie-mo’ed which painting was the best in show until he settled upon Matisse’s The Piano Lesson, because it “falls entirely outside Picasso’s range.” Sorry, but nothing Matisse ever did was beyond the range of the creator of a hundred styles. Now Schjeldahl takes some more potshots at the maestro in his review of the current Picasso show in Madrid (“Spanish Lessons”, June 19, 2006), which shows Picasso side-by-side with some of the Old Masters who inspired him. In his current offering, Schjeldahl labels Guernica as a “cartoon”, and follows with, “Picasso couldn’t help making this picture, like all his others, be about himself.” How, exactly? By allegedly bringing his women to tears, as if this would diminish the artist’s achievements, much less address the meaning of the painting. Schjeldahl prefers the realism, relative to Picasso, of Manet and Goya “in conjuring lived horror, with flowing blood and choking gun smoke”. Yet as Picasso said, “I have not painted the war because I am not the kind of painter who goes out like a photographer for something to depict.” Picasso’s political art was deliberately oblique and allegorical, and therefore more powerful.

It’s easy to invoke the alleged “poverty of Picasso’s color”, if one focuses only on his black-and-white works. We need only consider the two recent expensive sales, still in our short-term memories, of the Boy with a Pipe and Dora Maar with Cat, or remember the many vivid paintings of Marie-Thérèse of the 1930’s such as the one shown below, for example, to conclude that Picasso’s mastery of color was second to none.

Or this, “Picasso had faith only in himself.” Sounds logical to me, since as even Schjeldahl concedes, “By general agreement, he was the best artist of the twentieth century.”In the end, Schjeldahl reminds me of my dear mother, who only liked Picasso’s Blue Period—a sure sign of a Picasso hater and of one who doesn’t even begin to understand his art. 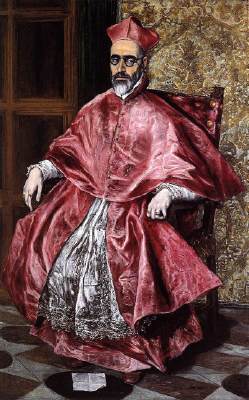